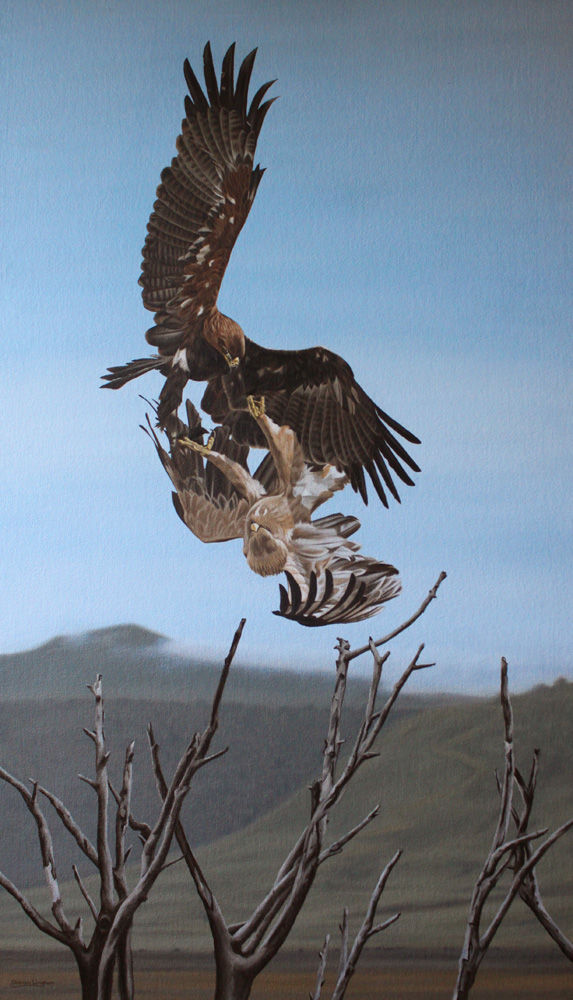 Well known wildlife artist Steve Lingham has just completed a stunning painting of my 'Fighting Tawny Eagle's' photograph that I took in the Ngorongoro Crater, Tanzania in February 2010.

As I was at ground level the original photograph (see Tanzania 2010 gallery) was against a plain sky. However Steve has done a great job of showing the crater wall in the background and has even included a hint of some cloud rolling into the crater over the rim.